According to philosopher Alva Noë:

Consciousness is more like dancing than it is like digestion.1Noë, A. Out of Our Heads: Why You Are Not Your Brain, and Other Lessons from the Biology of Consciousness. Hill and Wan, 2010.

I.e., consciousness happens while you are interfacing with the world.

But is it ballroom dancing, swing dancing, break dancing…the robot? Anyway, does this mean your consciousness is dependent on interactions? 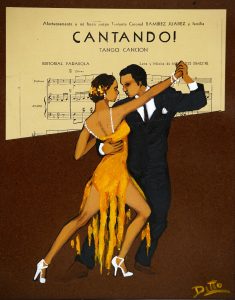 If you were in a sensory deprivation chamber for a long time would you go unconscious? I would think you’d have hallucinations and eventually go insane. But you would probably still be self aware and relatively conscious…at least for awhile. How long can the machinery keep running on fumes before it crawls to a halt?

Argument: You don’t lose consciousness in a sensory deprivation chamber, therefore this theory is false.

Well let’s say that’s true. But there was a whole lifetime of development and experience before that event. We are talking about lifetime space (ontogeny). But consciousness might be fully dependent on interactions in evolution space (phylogeny).

Or maybe it is wrong. But if we consider perception instead of consciousness, that seems to have a much stronger argument for the need of interaction. The notion that consciousness depends on dynamic interactions with the world is an extension of enactivism which posits that perception is not just a thing in the brain but a skillful activity involving the body in environments.

As Noë described in his book Action in Perception:

Perception is not something that happens to us, or in us. It is something we do.

Is your visual system really like a camera? Or is it something more action and bodily oriented? What if the blind methods of navigating the world with physical actions were our starting point for talking about perception instead of what the eyes see?

I am reminded of some instruction I got when I was a kid at this thing that was kind of like a summer camp. This guy taught what he said was a Native American method of walking in the woods. It involves walking with your feet hitting the ground in reverse of what you normally do—in other words, gently put one foot down toes first, testing the ground, and then slowly put the rest of the foot down, heels last, shift balance and repeat. We practiced this blindfolded through a forest.