Do We Need Fuzzy Substrates?

Computers are embedded in almost all of our devices, and most of them are digital. Information at the low levels is stored as binary. Biology, in contrast, often makes use of analog systems. But does that matter? 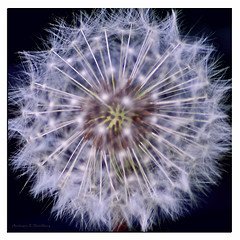 Take fuzzy logic for example. Fuzzy logic techniques typically involve the concept of intermediate values between true and false. It’s a way of dealing with vagueness. But you don’t need a special computer for fuzzy logic—it’s just a program running on the digital computer like any other program.

Fuzzy logic, probability and other soft-computing approaches could go a long way in AI and/or adaptable interfaces.  But are adaptable layers running on digital substrates enough?

Several years ago, University of California San Diego researched “electronic neurons,” which are made from analog computers.  So unlike most computers, the substrate does not represent information with discrete values.

Joseph Ayers and lab members at Northeastern University were at one point attempting to use these electronic neurons in biomimetic lobster robots.  The electronic nervous system (ENS) would generate the behaviors of the robot, such as the pattern of signals to cause useful motion of the legs.  The legs are powered by nitinol (an alloy of titanium and nickel) wires, which expand and shrink thus causing movement.

The robots already had a digital control system, so the main point of moving to the ENS was for chaotic dynamics.  As Ayers described the situation:1Ayers, Joseph & Rulkov, Nikolai & Taub, E. & Knudsen, Daniel & Kim, Y. & Selverston, Allen & Uswatte, Gitendra. (2006). Electronic Neurons: From Biomimetic Robots to Blast Neurorehabilitation. Proceedings of the Seventh International Symposium on Technology and the Mine Problem: May 2-4, 2006, Naval Postgraduate School. 1. 469.

The present controller is inherently deterministic, i.e., the robot does what we program it to do. A biological nervous system however is self-organizing in a stimulus-dependent manner and can use neurons with chaotic dynamics to make the behavior both robust and adaptive. It is in fact this capability that differentiates robotic from biological movements and the goal of ENS-based controllers.

Besides the dynamic chaos in nervous systems, the aforementioned former USCD lab also researched “synchronized chaos.”  It sounds paradoxical, but it actually happens.  It could potentially be used for certain kinds of adaptable interfaces.  For instance, synchronized chaos can achieve “asymptotic stability,” which means that two systems can recover synchronization quickly after an external force messes up their sync.