Intro: Will the Real AI Please Stand Up?

When I was a kid I learned C++ with a book that teaches by programming a fake robot dog. I bought it for $1 at a flea market. It was a great way to learn.

But the code was not actually some AI that would run on a real robot dog. Nor would it have been able to control a robot except at a very high abstract level. 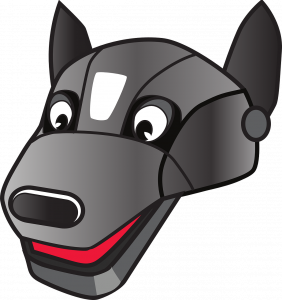 Nobody’s made a real robot with the intelligence of a dog yet. Before you say what about Boston Dynamics—yes the balancing and walking autonomy is very impressive nowadays…and it only took 35 years! (Look up MIT Leg Lab if you don’t believe me.) But that’s not AI in the “strong” and/or sentient sense, although it could play a surprisingly large role in a complete architecture for embodied intelligence.

Arguably we’re at the worm level or less. The OpenWorm project to make a virtual C. elegans roundworm has been going on for about 10 years now.

But simulations of biology are not the only way to make artificial life. Architectures informed by biology—but not trying to simulate it—pop up every now and then. In the 1980s and early 1990s, “insect” robots using Rod Brooks’s Subsumption architecture perhaps gave some false hope that we were actually close to making robots at the intelligence level of insects.

But that doesn’t mean software and/or cognitive architectures are dead for the purposes of Strong AI. And really any architecture you dig up in the several decades history of AI was not necessarily “wrong”—it was probably abandoned, superseded, etc. Professors move on to other projects or become managers, students graduate and move on or focus on other aspects. Code and hardware is forgotten only to be reinvented a few years later. And so on.

I used to bother Rod Brooks frequently in Boston. Eventually he gave up running away and let me chat with him sometimes. Alas, I don’t have a photo of us together, unfortunately I didn’t have a phone with a camera back in 2005.

Speaking of ancient history, in this blog / newsletter I will republish several posts that I’ve published on the internet in some way in the past which go all the way back to 2003. I’ll update some of them as I go if I feel like it, and I’m probably going to change the order a bit. And then I’ll add new posts.

Everything in this blog, however unlikely it may seem, is true. Except when I’m wrong.