We have an everyday sense of “interfaces.”

You press an icon on your phone—an app opens. Behind the scenes thousands of computer things happened but who cares, it just works. The shape of the phone fits in your hand, the screen is easy to view by your eyes. 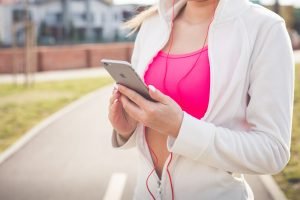 The devices we use all have interfaces, both software and hardware. If they didn’t, we wouldn’t be able to use them.

But interfaces aren’t just for electronic devices—every tool has interfaces. For instance the size and shape of a hammer or a pistol affords a certain usage by human hands which is very effective, and even comfortable. Sometimes those obvious physical interfaces are known as “affordances.”

But is there a more fundamental, general concept of interface?

A General Concept of Interface 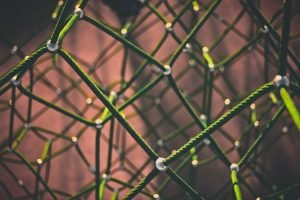 First, we can describe a few of the more important roles that our common human interfaces can take.

Interfaces can be thought of as translators, for instance human-computer interfaces translate a machine language into something humans can deal with such as text and/or graphics.

Interfaces can be masks, for instance avatars and augmented reality insert a layer of reality modification between users and worlds.

Interfaces can connect different types of substrates, for instance biological to electronics.

Interfaces can connect objects of different scales, for instance the interfaces of heavy machinery allow a single human to move massive quantities of material, e.g. the longshoremen at the shipping port of Los Angeles controlling 3-story-tall robotic cranes1Meet the Port of Los Angeles’ dock workers…. Or in the other direction, a “giant” human can manipulate specific atoms with the interfaces provided by a scanning tunneling microscope.

Interfaces can be chemical surface boundaries between two phases.

Basically, whenever two or more objects interact, there is an interface at that interaction. Some interfaces are natural, and some are designed to make the interaction between the objects effective. Now this minimum of two objects may indicate that the “interface” itself is a third thing. But there doesn’t need to be a third thing that is the interface. The word “interface” can refer to the transient place at which two or more things intersect. 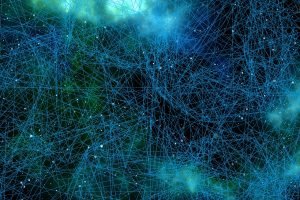 What is the metaphysical situation for interfaces? Do interfaces exist as universals? Are they abstract? Are they objective or subjective?

Let’s say that I am ontologically committed to the existence of objective interfaces. So these could be concrete, but can an interface in its simplest form be concrete or must it be abstract? Perhaps there is a universal interface—a class of which all interfaces are instances of. This would posit that the phenomenon of interfacing is the same at all scales and regardless of whatever particulars were involved in the interfacing.

Now, let’s say that we thought there were real world instances everywhere of the universal interface. At what scales would that stop? Is there some underlying level in which entities no longer interface?

Now, why would I even bother to think about objective abstract interfaces? Because it’s possible that interfaces at the simplest conception are the basic connector of objects. If that premise is true, then without the existence of objective interfaces there would not objectively exist anything separate from anything else—or there could be but they would effectively be in their own universes because they would never be able to interact. 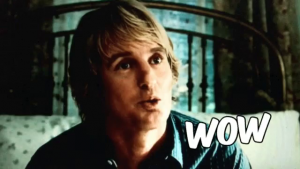 If objective interfaces do not actually exist in this world, then we have to deal with the concept of interface just as a metaphor.

At the human scale, discussing interfaces seems to embrace an object-oriented point of view, which is basically the natural human point of view. Humans operate largely by perceiving the world in terms of objects, with “agents” being a special class of object that operate autonomously. Other humans are agents, other animals are agents, anything that appears to move by its own volition is suspicious and given at the very least temporary status as an agent.

But are objects, i.e. particular entities, necessary for the concept of interface? Perhaps an objective theory of interface would not require objects. Maybe objects are just slices of the world which are convenient for our minds to process. Although it seems like we interface with objects, it’s possible that all interfaces operate between folds of the same cloth—some continuity that is not really composed of objects.