Some have pointed out the supposed increase in multitasking during recent decades1Saenz, A. (2010). Are We Too Plugged In? Distracted vs. Enhanced Minds. SingularityHub. https://singularityhub.com/2010/08/26/are-we-too-plugged-in-distracted-vs-enhanced-minds/. Certainly a fascinating sociocultural change.

However, humans are not capable of true multitasking.

And that doesn’t mean your mind doesn’t have more than one “thread” running at a time. Your subconscious could be doing all kinds of things simultaneously. Meanwhile your autonomic nervous system is regulating your heart rate, blood pressure, etc. Your breathing continues (typically) while you do other things. What I’m talking about here are tasks you are conscious of and have your attention.

I think that this serial consciousness evolved because we are situated and embodied. It wouldn’t work to have two conscious threads trying to drive one body in different directions. Multiple threads have to share resources. Having one thread conscious at a time gets closer to guaranteeing that multiple threads don’t conflict. I would expect that when the system breaks down it would be very confused and might hurt itself.

And these multitasking limitations for humans would also apply to a human-like AI. Its cognitive architecture would have similar constraints especially in the embodied approach.

Some will argue that the definition of “multitasking” was for early computers that were not truly parallel—they just simulated it (more on that later). However, I am extending Dave Crenshaw’s redefinition2Crenshaw, D. (2021). Switchtasking versus multitasking. What is the difference? https://davecrenshaw.com/switchtasking-versus-multitasking-what-is-the-difference/ and saying that multitasking means actual parallelism, and anything simulating it should have other terminology.

As best I can tell, humans have two pseudo-multitasking abilities: 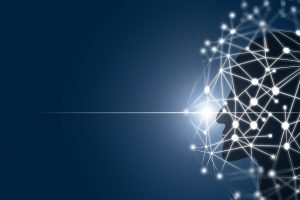 Switchtasking is to switch between tasks3Crenshaw, D. (2008). The Myth of Multitasking: How “Doing It All” Gets Nothing Done..

This can be done quite rapidly, so fast in fact that you might feel as though you are truly multitasking.

As Missy Cummings, a former Navy pilot and human factors researcher, puts it:

In complex problem solving tasks, humans are serial processors in that they can only solve a single complex problem or task at a time, and while they can rapidly switch between tasks, any sequence of tasks requiring complex cognition will form a queue…4Cummings, M.L.,& Mitchell P.J., “Predicting Controller Capacity in Remote Supervision of Multiple Unmanned Vehicles”, IEEE Systems, Man, and Cybernetics,Part A Systems and Humans, (2008) 38(2), p. 451-460.

Attentional consciousness might be kind of like a single-threaded manager. However, I want to be clear that I’m not saying there’s a Cartesian Theater. A Cartesian Theater is a central place in the brain that is the point at which all inputs terminate and outputs are initiated, but this is a bad idea because it doesn’t explain how that theater itself works, it pretends a nice in-order marching of experienced events, and it’s more likely consciousness is distributed in the brain not centralized.5Dennett, D.C. (1991). Consciousness Explained. Little, Brown and Company. However, that’s too much to get into for a little essay, so here I’ll continue to refer to consciousness as a thing knowing that it might be made up of tons of parallel things itself, and may not even experience events / commands in the expected time order and can be lagging in time behind when events actually happened.

I’m saying that the brain, although highly parallel at certain levels of detail, effectively has a singular attention and working memory system. Whether the model of a top-down manager is valid is undetermined. Neuroscientists have found a model with top-down influences on visuospatial working memory6Edin, F., Klingberg, T., Johansson, P.N., McNab, F., Tegnér, J., & Compte, A. (2009). Mechanism for top-down control of working memory capacity. Proceedings of the National Academy of Sciences, 106, 6802 – 6807., but that is not necessarily the case for all mechanisms involved with attention.

Task switching and flipping between conscious and unconscious control happens so quickly and effortlessly that it’s hard to believe that there is really just one task getting “processed” at a time. However, this is an architectural aspect most people encounter in the world every day since that’s how your basic single core processor works—one simple instruction at a time, millions of times per second.  Multiple programs and multiple threads within each program can run on a single core because the computer keeps all the programs in memory, and then interleaves between them extremely fast.

But many computers can do multitasking. Most computer devices these days include multiple processors (e.g. CPU + GPU) and on top of that each processor has multiple cores. These can execute instructions not just concurrently but truly in parallel.

Scripting is the “auto-pilot” in your mind.

A script is the sequence of steps that you can do without conscious attention. These scripts are often activities you had to learn at first, for instance bicycling and driving.

This is similar to what Dave Crenshaw calls “backtasking” (background tasking)2Crenshaw, D. (2021). Switchtasking versus multitasking. What is the difference? https://davecrenshaw.com/switchtasking-versus-multitasking-what-is-the-difference/. However I prefer “scripting” because it gets more at the possible architectural underpinning and it doesn’t have to claim these tasks are “mundane” or “mindless” as Crenshaw does. Plus “background” tasks might be better reserved to refer to even lighter weight passive tasks such as “listening” to music.

The reason driving while trying to multitask is notorious is that the script works until something happens that breaks the script, such as a person wandering out in front of your car suddenly. When the script breaks, your attentional consciousness is interrupted to attend to the situation, but by the time you have switched and refocused and decided what to do it might be too late.

You can drive your car with your scripts, and in addition switchtask with choosing music, watching video, GPS, interacting with your phone handling multiple calls and running multiple apps, etc. I think many people would love to be able to handle all those interactions at the same time literally without switching. Some people try and end up crashing.

I consider background tasks like listening to music to also be just that—in the background. Even though it might affect your mood while you work, if you actually pay attention to music, you will find that you are not doing it at the same time as your other task (e.g. writing)—you are switching between them.

in ancient rome there was a poem
about a dog who had two bones
he picked at one he licked the other
he went in circles till he dropped dead
—Devo, “Freedom of Choice”

The main problem with multitasking, if our minds were “upgraded” for it, is that it would change the architecture of attentional consciousness and working memory. The changes for the new architecture would have to take into account control of the body—attempting to answer the phone with the same hand that is ironing could be disastrous. Likewise with trying to run in two directions at the same time. Choices that affect or require the use of limited body resources must reduce to a single decision.

And in robot architectures that’s a common pattern for practical reasons: multiple behaviors trying to send outputs to the same physical thing (such as a gripper position or the speed of the wheels) have to be reduced to a single decision, sometimes by a module called an “arbiter”—one behavior gets priority, or the outputs are mixed together, etc.7Rosenblatt, J.K. (1995) DAMN: A Distributed Architecture for Mobile Navigation. AAAI Technical Report SS-95-0.

Also, multiple tasks that require visual perception will have to wait for each other (basically resulting in switchtasking again) unless we also are enhanced with extra visual perception inputs. In general, the limits of the sensory modalities will limit the types of tasks being done at the same time.

Some think the mind can be explained as a large amount of simple agents or processes which perhaps are competing or triggered depending on the circumstances for who contributes to the active memory and control at any moment8Minsky, M. (1986). The Society of Mind.9Richards, W. (2015) Anigrafs: Experiments in Cooperative Cognitive Architecture. MIT Press.10Selfridge, O. Pandemonium: A Paradigm for Learning. In D. V. Blake and A. M. Uttley (eds.), Proceedings of the Symposium on Mechanisation of Thought Processes, pp, 511-529, London: Her Majesty’s Stationary Office, 1959. That’s perfectly fine if those smaller agents are running in parallel. But what if a whole large subsystem of the mind, an entire personality even, tried to compete against another one in the same mind?

It’s feasible that in the architecture of the mind—or of an AI that we design—there are meta-managers, and some of those could be used to manage the parallel subsystems and allow true multitasking, and keep them in sync, maybe do some arbitration. It would result in a weird form of consciousness, maybe something different altogether—perhaps something that humans do in fact on rare occasions achieve, although I’m skeptical.

What if a mind ends up having true multitasking and goes haywire? For instance the meta-managers run afoul and sub-systems got out of sync. We might see a situation that looks like split personalities (dissociative identity disorder). If subsystems were running completely in parallel with connections broken between them, but still only one can take complete control of the single body and perhaps the single attentional consciousness, it might end up oscillating between the subsystems (personalities).