A Different Approach to AI

Back in 2004, when I was an undergrad at Northeastern University in Boston, I started designing a cognitive architecture called Biomimetic Emotional Learning Agents (BELA).

It was a grand plan and I’ve barely cracked the surface of it since then. The overreaching nature of the project was noted by a reviewer of my rejected extended abstract who told me my ideas were θ-baked, where θ ≤ 0.5.

The architecture concept was focused on scaffolding up from low-level emotional architectures like homeostasis, reactions, knowledge acquisition and learning.

And by learning, I meant in the common way of using the word “learning” and the biological methods behind that, not computer science kinds of “learning” such as ML techniques. 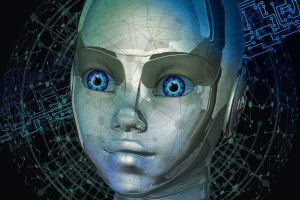 What resulted was not too much code but:

Onto space includes not just learning and experience, but also initial development—how does a particular creature grow a mind, how does it learn how to learn?

There’s a third space connected to both of these in biology which may or may not matter much for artificial creatures—epigenetics: “Epigenetics is the study of how the environment and other factors can change the way that genes are expressed. While epigenetic changes do not alter the sequence of a person’s genetic code, they can play an important role in development.”1https://www.psychologytoday.com/us/basics/epigenetics

“Growing pains” is a training scenario for learning in the onto space.

It would throw an artificial organism into increasingly more dangerous/complex sandboxes. They would have to master each sandbox, starting with the easiest, before going on to the next one.

And then at some point we might say they are at “adult” level. And maybe this adult level is the point when it’s transferred to a real world robot out of a simulation, or maybe it’s when a robot is ready for its largest subdomain of the real world.

This is the list of mental concepts that a BELA project would need to implement or experiment with:

From the point of view of cognitive science, some of these concepts may be the same things or overlap. Most are probably connected somehow. For an artificial framework, some may turn out to be unnecessary.

Of course, there is no Shake-n-Bake implementation—one doesn’t just make a module / agent for each one of those concepts, throw them in a bag, and get something that works as expected or at all.

At least…I don’t think you would.