One of the first digital music contraptions was made in 1972. The Triadex Muse was an algorithmic music generator using digital logic, and was designed by Edward Fredkin and Marvin Minsky at MIT Lincoln Laboratory. Coincidentally, 30 years later I did an internship at Lincoln Lab. 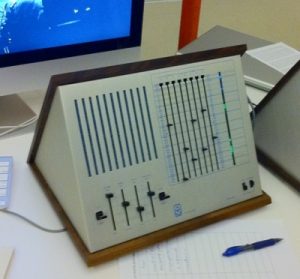 Marvin Minksy was one of the founding fathers of Artificial Intelligence. But he did other things such as this music gadget. In February of 2011, I went to an event at the MIT Media Lab, where I snapped the above photo of the Triadex Muse and heard Minsky talk for awhile. I had taken a class (or “subject” as MIT calls them) with Minsky years earlier but it was always great to hear him talk anyway. 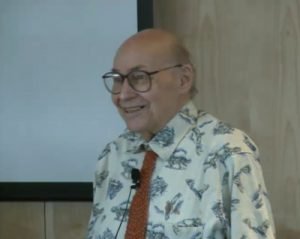 He discussed “Music, Mind and Meaning.” Amongst the anecdotes Minsky mentioned an old concept of goals:

One of the ways the human mind might achieve goals is to reduce the difference between what it has and what it wants. Music may utilize some of the same mental components—most music chops time in equal intervals and with equal substructures. These chopped experience windows can be compared, possibly in the same way that you can compare what you have with what you want.