Perhaps you have seen pictures or videos from the 1960s of rhesus monkey babies clinging to inanimate surrogate mothers. 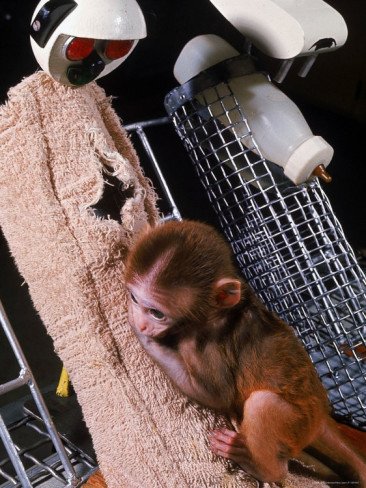 These experiments were by Harry Harlow, who eventually went against the psychology mainstream to demonstrate that love—namely caregiver-baby affection—was required for healthy development.

Overwhelmingly, the infant macaques preferred spending their time clinging to the cloth mother. Even when only the wire mother could provide nourishment, the monkeys visited her only to feed. Harlow concluded that there was much more to the mother/infant relationship than milk and that this “contact comfort” was essential to the psychological development and health of infant monkeys and children. 1Wikipedia, “Harry Harlow: Monkey studies“

According to Stuart G. Shanker2Greenspan, S.I. & Shanker, S.G, The First Idea: How Symbols, Language, and Intelligence Evolved from Our Primate Ancestors to Modern Humans, Da Capo Press, 2004., various primates reach levels of functional-emotional development similar to the first 2-3 levels (out of 9) that humans accomplish. Perhaps part of the system is the infancy period is much longer for humans.

Although a baby rhesus doesn’t express its positive affects with the same sorts of wide joyful smiles that we see in human infants between the ages of two and five months, in other respects it behaves in a manner similar to that of a human infant. The rhesus baby spends lots of time snuggling into its mother’s body or looking keenly at her face. It visibly relaxes while being rocked, and vocalizes happily when the mother plays with it. We can even see the baby rhythmically moving its arms and legs and vocalizing in time to its caregiver’s movements and vocalizations.

Shanker said this about Harlow’s experiments:

Although it was clear that the infants were deriving great comfort from the cloth-covered surrogates, they still suffered from striking social and emotional disorders.

One might interject here: Well so what? Who cares about social and emotional disorders?

What about intelligence? What about self awareness? The thing is though, that intelligence and possibly even the capacity for basic symbolic thought—ideas—are developed via emotions and social interactions.

Back to Shanker on Harlow’s monkeys:

They would rock back and forth to soothe themselves, stare into space, and compulsively suck their thumbs. Worse still, the appearance of other monkeys would startle them and cause them to stare at the floor of the cage.

At some point Harlow made a modification to the surrogate mothers—he set them in motion.

What is so interested about the latter modification is that, in addition to stimulating the rhythmicity of the infant’s movements, these swinging surrogates may also have started to stimulate the infant’s capacity for emotional communication…Harlow’s team may have inadvertently discovered just how important such interaction is—even the caricature of interaction that occurred with the moving surrogate—for enabling a rhesus infant to develop the capacity to manage its way in a troop.

In 1983 Ed Tronick came up with the Still-Face Paradigm to test breaking human mother-child interactions. According to Deborah Blum in her book Love at Goon Park 3Blum, D., Love at Goon Park: Harry Harlow and the Science of Affection, 2nd Ed., Basic Books, 2011.:

It occurred to him that the I-smile-you-smile-back kind of relationship could be the basis of an interesting experiment. It wasn’t the physical smile that interested him so much. It was what it represented—the give and give back between mother and child…

He and a colleague, Jeffrey Cohn, asked the mothers of three-month-olds simply to go blank for a few minutes while looking at their children…The mother had to present a face frozen into neutrality. No anger or thread. No humor or love.

Infants almost instantly notice the change and try to remedy the situation. They attempt to regain the mother’s attention.

When a mother still refused to respond, babies tried self-comfort. They sucked their thumbs. They looked away. Then the babies tried again, just to see a little response. They’d reach for their best tools to engage their mothers…But after a while, confronted with only that blank face, each child stopped trying.

So primates (such as monkeys and humans) require the emotional caregiver interaction period as a requisite part of mental development.

Theory: If one was wanted to make an AI robot that was similar in intelligence—both level and type of intelligence—to a primate, it would have to have the equivalent of child development. And the emotional interaction stages are inherently part of that.

Argument: An AI robot could be built straight away to be equivalent to an adult primate. In other words, just shortcut the messy biological ontogeny.

However, that shortcut may still require at least one good run of a robot from infant to adult. Then that “gold” example system can be cloned, as long as the robots are identical. And live in very similar environments and societies.

The golden AI exemplar may be difficult to create, however. Especially if you are trying to shortcut development. Here is a crude metaphor:

Imagine you decided to make an “artificial” airplane. You have discovered the primitive building block of airplanes: the molecule. So all you have to do to make an artificial airplane is scan every single molecule in an example airplane. And then carefully assemble all those trillions of molecules in the exact same structures and positions. 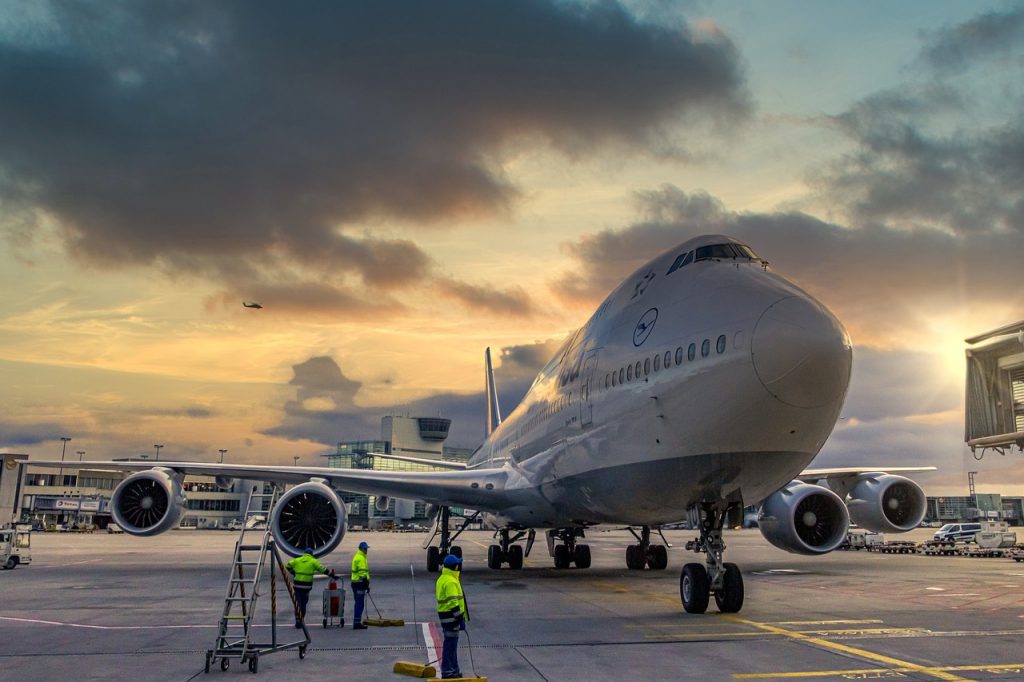 I don’t know about you, but I am doubtful that airplane would ever be finished, let alone finished correctly. And note that no consideration for interactions of dynamic systems was accounted for. Even if some plane-like object was in fact generated, I sure as hell would not be the first test pilot or passenger.

Of course, you could decide that there are lots of different building blocks at a larger scale.

So then you figure out how those mere 6 million parts work, and the general interactions of the the parts and the system, and then you start fabricating copies of the important parts. You have to create various factories recursively in order to create all these parts. Eventually you get them working as a full system.

You may have in fact made a working airplane that is similar to the example.

But here’s the kicker: you basically just recreated the process that the original used. So you didn’t really shortcut development after all.