Recursion and the Human Mind

And a Clash with Enactivism

It’s certainly not new to propose recursion as a key element of the human mind—for instance Douglas Hofstadter has been theorizing about that since the 1970s with Gödel, Escher, Bach.1Hofstadter, D.R. (1979). Gödel, Escher, Bach: An Eternal Golden Braid.

He proposes that perhaps complicated enough recursive systems could break out of predetermined patterns. He further proposes that intelligence probably results from a complicated system that, through recursion, continually modifies itself.2https://cognitivecentury.wordpress.com/2017/09/04/reading-geb-chapter-5-recursive-structures-and-processes/

In the book The Recursive Mind, Michael C. Corballis explains his flavor of recursive theory3Corballis, M.C. (2011). The Recursive Mind. Princeton University Press. that I will attempt to outline here although I don’t necessarily agree with all of it:

Toolmaking is considered to be evolved/developed after the recursive mind appeared and after rudimentary language based on recursion appeared. Corballis talks about how the ability to build multi-part tools and using tools to make tools probably depends on recursion, but he thinks that came after a certain amount of language development. 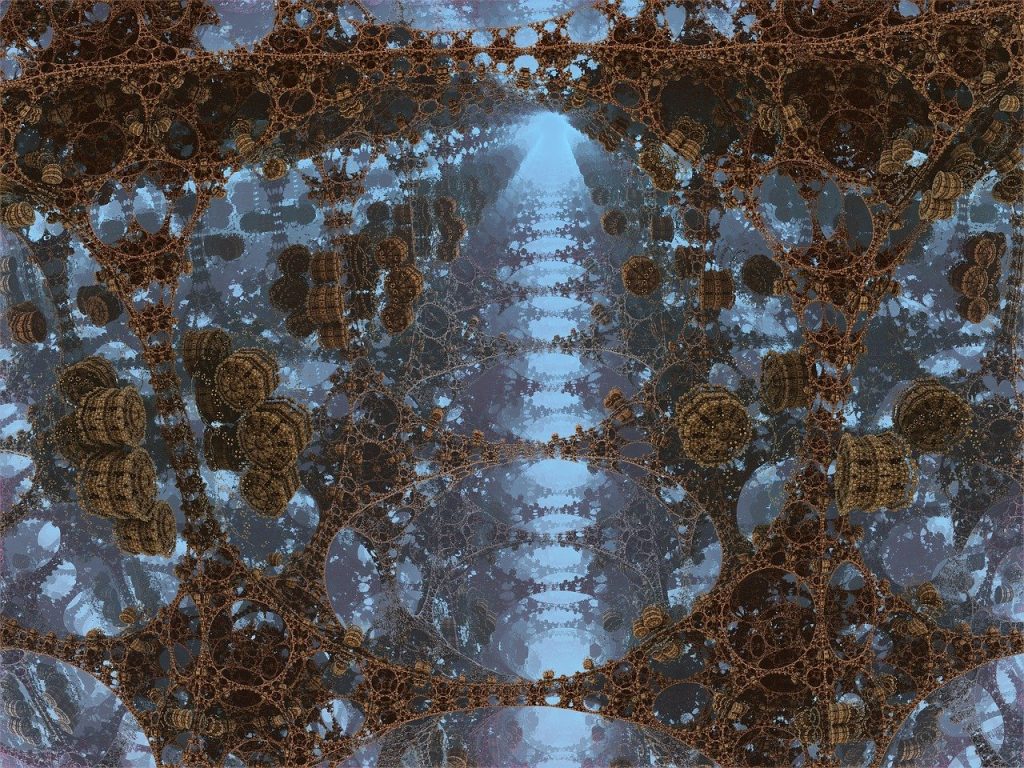 Corballis has been doing research on gestures for a long time. By gestures he means both bodily and facial. It certainly sounds plausible based on the evidence we have that gestures might have been the first real external language.

Corballis claims that the discovery of mirror neurons added support for this theory. A primate watching another one perform an action has mental processing similar to actually doing the same action itself. Corballis proposes that sign language with grammar and syntax appeared long before it was mainly replaced with the cultural development of vocal speech.

It’s certainly an interesting theory, and I can buy that recursion is part of, if not the single key element, of a general protocol in the mind.

But in a cognitive architectures viewpoint, one would think there are a lot more other important algorithms / structures as well to be identified in the human mind. Computer science makes use of recursion but also a ton of other tricks. But biology is different you say. Ok, but theories based on child psychology such as Marvin Minsky’s Society of Mind4M. Minsky (1986). The Society of Mind. New York: Simon and Schuster. and Emotion Machine5Minsky, M. (2006). The Emotion Machine: Commonsense Thinking, Artificial Intelligence, and the Future of the Human Mind. have come up with numerous structures and algorithms in the cognitive architecture space.

And what about internal languages or a sole “language of the mind.” Is that real in any sense? Some enactivists posit that we can skip internal representations entirely and still arrive at social skills and external languages:

Starting from the subpersonal action/perception/imagination matching mechanism implemented in mirror neurons and from the reward network – encouraging us to prefer the stimuli and the experiences that lead to a positive sanction – it is action with its narrative logic that turns a very general embodied matching system into a mindreading module tuned to the meaning of the actions of the others during inter-action.6Paolucci C. (2020) A Radical Enactivist Approach to Social Cognition. In: Pennisi A., Falzone A. (eds) The Extended Theory of Cognitive Creativity. Perspectives in Pragmatics, Philosophy & Psychology, vol 23. Springer, Cham. https://doi.org/10.1007/978-3-030-22090-7_4

There’s some empirical support for an enactivist approach in this context in the form of robotic language acquisition.8Förster, F. (2019). Enactivism and Robotic Language Acquisition: A Report from the Frontier. Philosophies. We’ll see how far it can go…