The Future of Crowd Madness

You might have heard of the “wisdom of crowds.” It’s basically a stock phrase, easily believed and easily repeated.

However, in most circumstances, human crowds and groups are not wise at all. 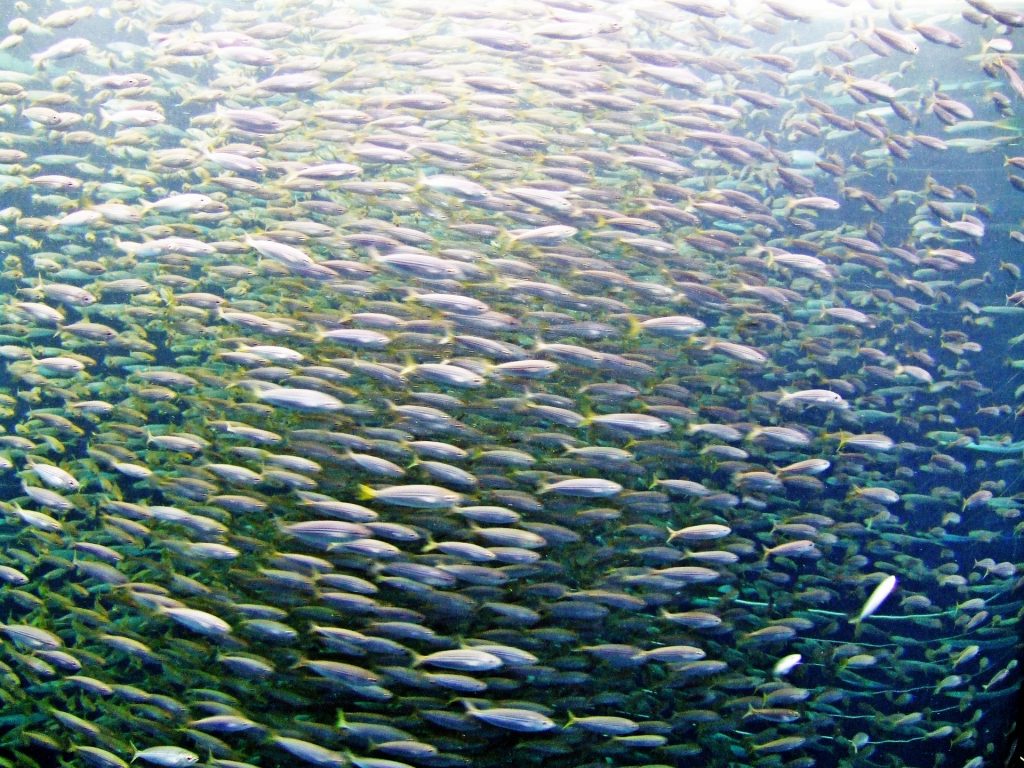 Anyone taken as an individual is tolerably sensible and reasonable — as a member of a crowd he at once becomes a blockhead.

In an article called “Nothing New Under the Sun,”1Asimov’s Science Fiction Magazine, June 2011 Robert Silverberg shares some excerpts from the mid-1800s book Extraordinary Popular Delusions and the Madness of Crowds, written by Scottish lawyer / journalist Charles Mackay.

Although the sobering thought that humanity keeps repeating certain types of mistakes is not one I particularly relish, it should be discussed.

Silverberg compares the South-Sea Bubble disaster to the Internet dot com bubble, specifically failed companies such as Webvan (bankrupt in 2001), Boo.com (broke in 2000) and Flooz.com (died in 2001).

England’s South-Sea Bubble so long ago was not blamed, according to Mackay, on the general public’s avarice, lust of gain, etc. Instead, like with the economic crash of 2008, the “evil” bankers and executives are blamed. The collective insanity of a nation seems to be a major factor though. Perhaps it does take a cunning plan to fool the masses, but it also requires the masses to act idiotically as they urgently try to consume or become rich or whatever.

My intention in this post is not to get into the issues of blame for economic bubbles, but to note the special ability for a normally intelligent person to become less so in the context of a group.

Another popular delusion of humankind’s past and present is fortune-telling. As Mackay wrote:

Leaving out of view the oracles of pagan antiquity and religious predictions in general, and confining ourselves solely to the persons who, in modern times, have made themselves most conspicuous in foretelling the future, we shall find that the sixteenth and seventeenth centuries were the golden age of these impostors. Many of them have been already mentioned in their character of alchymists. The union of the two pretensions is not at all surprising. It was to be expected that those who assumed a power so preposterous as that of prolonging the life of man for several centuries, should pretend, at the same time, to foretell the events which were to mark that preternatural span of existence.

In recent times, the folks known as transhumanists would promise exactly the same thing that those alchemists promised, which is to live for centuries (if not forever). And despite mystical foretelling being antithetical to their movement, transhumanists quite often predict events down to the year and/or repeat foretellings of popular figureheads as if the predictions are guaranteed. Ray Kurzweil was a big player in this prediction racket. The Singularity was near, but now it’s a little further out but it’s still kind of near…hold on…

We find that whole communities suddenly fix their minds upon one object, and go mad in its pursuit; that millions of people become simultaneously impressed with one delusion, and run after it, till their attention is caught by some new folly more captivating than the first.

Humans are social animals, surely there must be overall benefits to group intelligence? Well, even our relatives the chimps have group stupidity—they will keep copying the behavior of a leader even if a better strategy appears and they will copy the behavior of the dominant group member even if it results in less rewards than another way that they also learned.

But what about the so-called “wisdom of crowds?”

Well, we don’t always have wisdom or higher intelligence emerging from groups because the system has to be set up correctly. The main criteria that James Surowiecki listed in his book The Wisdom of Crowds are2Surowiecki, J. (2004). The wisdom of crowds : why the many are smarter than the few.:

So, first every person should ideally have some private information or ideas that aren’t shared with the others. Second, people don’t allow others in the group to determine their opinions or decisions. Third, people don’t have to be stuck in a closed central structure of wisdom, they can draw from local knowledge and wisdom. Fourth, there has to be a part of the system that compiles judgements into a decision.

And it is not necessarily easy to achieve all four of those criteria for a given problem and a given group.

The Future of Madness

Pretend to be mad? Who would notice a madman around here?
—Capt. Blackadder (from Blackadder Goes Forth, which takes place in the trenches of World War 1)

Robert Silverberg’s essay presents the solemn attitude that humanity keeps on repeating its old mistakes. It sounds like a cliché—in fact Silverberg says one falls back on clichés in this context.

Is the adage of Alphonse Karr that Silverberg quotes, “The more things change, the more they remain the same,” really a behavior of the humanity system?

It’s been said that a true science fiction story is one in which the world is irreversibly changed by the end of the story. But can that happen in real life? Some very much want to instantiate science fiction’s promises. And it seems like certain technologies have transformed everything, such as the Internet.

Perhaps national delusions, group idiocy, Ponzi schemes, witch hunts, economic bubbles, and so on, are not actually a concern for us in the long run. But, let’s explore the premise that they are, just in case.

So, what would be some therapies for humankind’s collective insanity? One answer would be to change the very nature of our intelligence—that could be at an individual level and/or in networked assistance via computer systems, etc. But, what if we were to imagine reducing madness today, using today’s infrastructure?

Philosopher Daniel Dennett had a concept he called “Super Snopes.” Snopes.com is the popular debunking database which explains the truths and lies behind urban myths, chain emails, etc. Super Snopes would be some sort of more massive collection of truth utilizing the power of the Internet, and which would counter the misinformation on the Web.

But Snopes, and maybe even a Super Snopes (if that’s even possible), don’t really address the serious delusions which can last for years. And how does one even know they have subscribed to a delusion if everybody they talk to (or follow) is deluded in the same way? What would motivate a person to even participate in a (Super) Snopes?

Perhaps one glimmer of hope is that the Internet and social media allow different groups to communicate. Never are all people in the world under the exact same delusion. So if the people of sufficient difference were able to trade criticism in a way that overcame our primitive tribal nature, major delusions could be stopped before total disaster.

I suspect we have just begun to tap the power of constant global connections and social media. As Clay Shirky points out, we have a “cognitive surplus” of billions of hours per year that’s largely been used to watch television. In this century some of that time has shifted from passive consumption of media to video games (especially massively multiplayer games) and to actual content creation.

Yet the memes that run rampant are often not about debunking or skepticism, they are simply viral without regards to truth. That’s in the very nature of something that’s viral.

Our system presently allows simple amplification of normal human social emotions and behaviors. It doesn’t take much cognitive power to go along with bandwagons: repeating—and buying into—what everybody else says on Twitter or Facebook to a major news event.

And of course, as it always has been with news, the social news gives the same attention to celebrity gossip and cat photos as it does to natural disasters and national revolutions. And the lifetime of a meme or popular event can be extremely short lived.

So, we have this powerful worldwide networked community, but could it be used for the good of groups? Could it be used at longer time scales, e.g. to stop a decade-long delusion?

Could we evolve our social web so that humankind (or at least those online) are constantly keep ahead of the game when it comes to tricks and delusions?

I originally wrote this in 2011. The fact that it’s just as contemporary, if not even more so, in light of numerous events during this year (2022) and the past couple years is…disheartening.

I was not aware of it at the time, but also in 2011 somebody by the handle of “The Last Psychiatrist” posted a great essay on this subject called The Wisdom Of Crowds Turns Into Madness3“The Wisdom Of Crowds Turns Into Madness.” The Last Psychiatrist, August 31, 2011 citing a paper about social influence on “wisdom” of crowds.4Lorenz, J., Rauhut, H., Schweitzer, F., & Helbing, D. (2011). How social influence can undermine the wisdom of crowd effect. Proceedings of the National Academy of Sciences, 108, 9020 – 9025.

You can imagine the social implications of a highly energized crowd, or electorate, or laity, or polity, or tax base, all converging on a “truth” of which they are supremely confident by virtue of the fact that others believe the same (which is the result of similar convergence on their part.) This is probably supercharged when you have a charismatic figurehead leading convergence, and by “charismatic figurehead” I mean media; no one person came up with this, everyone just knows it’s true.3“The Wisdom Of Crowds Turns Into Madness.” The Last Psychiatrist, August 31, 2011

Convergence ruins everything. Being exposed to other people’s choices, even if you don’t think you are taking them into account, affects your judgement, and even worse increases confidence regardless of truthfulness!

“Well, I’m going to be an independent thinker and not be affected by the herd and make my own educated guess.” No, you won’t.3“The Wisdom Of Crowds Turns Into Madness.” The Last Psychiatrist, August 31, 2011

And even if groupthink spawns an opposition concept, that itself is likely a groupthink as well. A third more-truthful concept is unlikely to emerge.